Check out a free 20 minute demo!

We value your privacy.
We never send you any spam or pass your information to 3rd parties.

KeldairHR is an HR technology company that offers a serious business-grade Applicant Tracking System built from over a decade of specialized experience.

We believe there is too much friction on all sides of the hiring equation and one way to remove it is through modern, intelligent technology. But there’s more than just slick technology needed to make the recruiting and hiring process better. The secret sauce is human experience designed into technology. That’s exactly what you get with KeldairHR.

We helped thousands of businesses, schools, and government agencies recruit and hire for all of their open jobs. Throughout that time, we carefully listened to our clients, our prospects, and our engineers. We built that valuable feedback into one very powerful applicant tracking system.

After a decade of client interactions, demos, and discussions with prospects, we decided to go all-in and build a new applicant tracking system that stands up to the demands of hiring professionals. Yes, this meant building it all over, from scratch.

Heck, we even gave ourselves a new name!

As we launch our newest platform, we couldn’t be more excited to help our customers hire the right people, for the right roles, at the right time. Hiring isn’t an afterthought. We don’t think your Applicant Tracking System should be either.

We design our
software to help
companies
hire the right person,
for the right role,
at the right time.

In 2007, after having spent years manually reviewing resumes in his HR job with a Fortune 100 company, John Guzak had an idea (note: John has lots of ideas; but this one stuck). He wanted to build a technology solution to help companies recruit and hire more efficiently.

John discussed this concept with his long time friend, Brian Clark (already an entrepreneur), and they decided to go for it. They started building prototypes. After months of talking daily with Brian and John about the product, the roadmap, go to market strategies, and more, Pat Clark joined the company as well.

Here is a snapshot of some of the major events in our history: 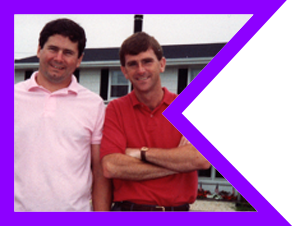 Jordan Gilmore, Inc. is formally established with a tagline of “Software Powertools for Business”. At this point, our software demos were good looking slide decks.

Our first paying client came onboard in 2008. At this point, we are selling “v1” of the product. As you will see, we were never all that creative about naming iterations…

Once we had a few clients using the system, we built, and launched, v2 in 2010. The foundation of v2 lays the groundwork for several years of growth.

A growing HR company needed an appropriate name that didn’t sound like an accounting office.

We found that the franchise market was being largely overlooked from a hiring software perspective so we built a division, and a product, to focus exclusively on it.

As our customer base grew, so too did our technical infrastructure needs. In 2013, we launched the next version (yes, you guessed it, “v3”) using a modern Software as a Service model. t

In mapping out our future, we decided that both our core business and franchises would be best served by clearly segmenting them. We spun off the franchise division and it continues to operate as Hyrell.

The new platform is finally ready (yep, “v4”) and is launched under our new brand name, KeldairHR. We re-thought and re-built everything. And it’s ready to serve our customers for years to come.

Ready to empower your hiring team with the right tools? Request a demo and one of our
experts will guide you through the refreshingly simple yet powerful KeldairHR platform.

The Biggest Sources of Friction in Your Hiring Process

For you, that could mean lost opportunities for great hires – and added stress for your teams. 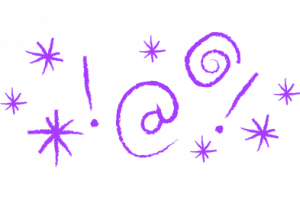