Job Openings at a Time

Westminster-Canterbury finds a true partner in hiring with KeldairHR

Westminster-Canterbury on Chesapeake Bay is a LifeCare retirement community sponsored by the Presbytery of Eastern Virginia, Presbyterian Church (USA) and the Episcopal Diocese of Southern Virginia that also provides assisted living, nursing care and specialized care for dementia.

An organization of 650-700 employees, Westminster-Canterbury has a six-member Human Resources department, and there are 40-50 job openings at any given time. Previously, they had contracted with an external vendor for their recruiting and hiring needs. But as growth continued, the team realized they needed to be more actively involved in the day-to-day recruiting process, so they decided to look for alternatives. They first considered their existing HRIS system’s ATS offering, but it fell short on several key features.

After evaluating the KeldairHR platform, they found exactly what they were looking for: a customized hiring platform that can support their needs in a fast-growing industry.

Where did KeldairHR shine? When evaluating ATS options, the team had a few key features in mind to make their hiring process smoother and more successful.

The team needed a robust dashboard that would help them track their progress and report back to leadership with actionable metrics like most common opening type, applicant source tracking, and more.

In a competitive market with more openings than applicants, making it easy for applicants to find and apply for jobs was non-negotiable.

Integration with major job boards (like Indeed and Monster)

Given the high number of openings and competitive nature of the industry, the HR team at WC Bay needed quick, easy access to the digital hotspots where candidates seek out jobs most frequently.

“I think for any organization that’s looking for someone who can help them along whatever their recruiting/ATS journey might be, they will quickly find that they have a partner with KeldairHR and not just a vendor that they’re paying for a service.”

Entirely – and tirelessly – focused on hiring.

The team needed a flexible ATS with all the right functionality, and KeldairHR checked all the right boxes (and then some). They quickly came to appreciate the many features and functions of our standalone ATS, including:

But best of all, they found a true partner focused on hands-on support to meet their specific needs. “We’re not one of thousands where you have to call in and leave a message,” explained Shepherd. “You can actually reach someone that can help immediately. Generally, [they are] very very receptive to any ideas about what we want and what we were looking for. If they have it, we have it. If they don’t have it and they think it’s something good to develop, they work with you to develop it.” 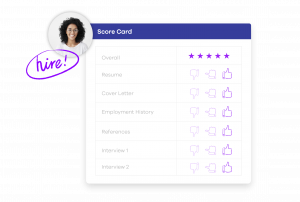 Hiring can be full of hurdles – especially in high-growth industries. Discover an ATS designed to make every step of the hiring process easier and faster. So you can welcome new team members in no time.